FARRG and The Pavilion Sports and Cafe invite you to help with the clearing up of the Bowling Green in Albert Road Rec in preparation for a summer of activity. Many sections of the community will be helping including The Pavilion, FARRG, sports groups and park users. Clear up is 12-3 followed by lawn bowls […] 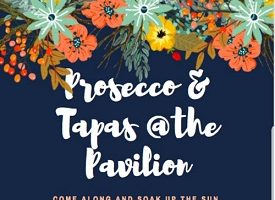 We know this winter has dragged…. but we’ve been waiting for the perfect time to share our new venture with you, and the wait is over!!! This Friday is due to be a sunny day, and we have a little treat for you, pop by at lunch or after school pick up, for PROSECCO FRI-YAY!! […]

The Pavilion on the 10th of March received its hat-trick Community Venue Award for Middlesex  2018 at the very grand Queens Tennis Club!! Congratulation Robby! and congratulations to all the staff and our local community for making it happen.  Also a huge congratulation to our very own […]

Looking for something to keep your little Andy Murray or junior Heather Watson busy over the school holidays? The Pavilion is running their very popular mini tennis coaching camp for kids aged 5 and over this Easter. The camp runs f0r 2 weeks in April and offers morning, afternoon or all-day sessions. With prices from […]

The Pavilion have won Club of The Year at the 2013 Celebrating Sport Awards. That is a massive well done to Robby and the team – Daniel, Arthur, Andy, John, for being recognised for all your work in showcasing and developing sporting talent in Haringey. I’m sure you will all agree that it is well-deserved. […]

On Friday 15 June 2013, the Queen’s birthday honours list of recipients of the British Empire Medal, as released by the Cabinet Office appeared in The Guardian. Robby is a recipient of this honour, in recognition of his work, and for services to sport and the community in Haringey. As many of you are aware, […]