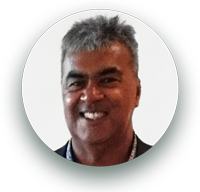 The Pavilion Sports and Café was founded in 2003 by Robby Sukhdeo, with the support of Haringey Council and the Friends’ Group FARRG, Robby has created a popular community facility that has seen a large increase in visitors to the Green Flag-winning park.

As a Haringey resident for over 45 years, raising three children, I believe that local parks should be for everyone, they are the perfect place for people to mix and relax, and by offering first class facilities the experience is far more enjoyable. By engaging the community we have dramatically proved that we can bring people together in so many ways……. and reduce crime, at Albert Road we went from over 250 incidents against the pavilion in 2005 to 1 in 2009 none in 2010 none 2011 and one in 2012, we did this by engaging everyone, the teenage group that were bored and causing trouble soon became part of the plan, we offered them the experience of working in the cafe or getting involved with sport, we have now brought on over 60 teenagers qualifying them in basketball, football and, or tennis. The youngest members have now grown up with the Pavilion and respect the facility and park.  We took over the lease of a derelict building used as changing rooms and these underused extremely poor courts in a run-down park eleven years ago.

The link between café, sports and recreational facilities would guarantee that the community could merge, engaging the community in a wider range of activities. I engage with all ages and groups within the community. Pavilion Sports & Café runs 6 full size tennis courts, 4 mini tennis courts and 2 basketball courts in Albert Road Recreation Ground in the London Borough of Haringey.

We offer good food and drink at an affordable price.

I’ve always believed in Haringey that people should have the same sporting opportunities, no matter what their background or economic circumstances.

Partnerships – During this time we have built a strong partnership with the Friends of Albert Road Recreation Ground(FARRG), Haringey Council, Lawn Tennis Association(LTA)/Tennis Foundationand(TF) but most of all the local community.

Read about some of our achievements below: